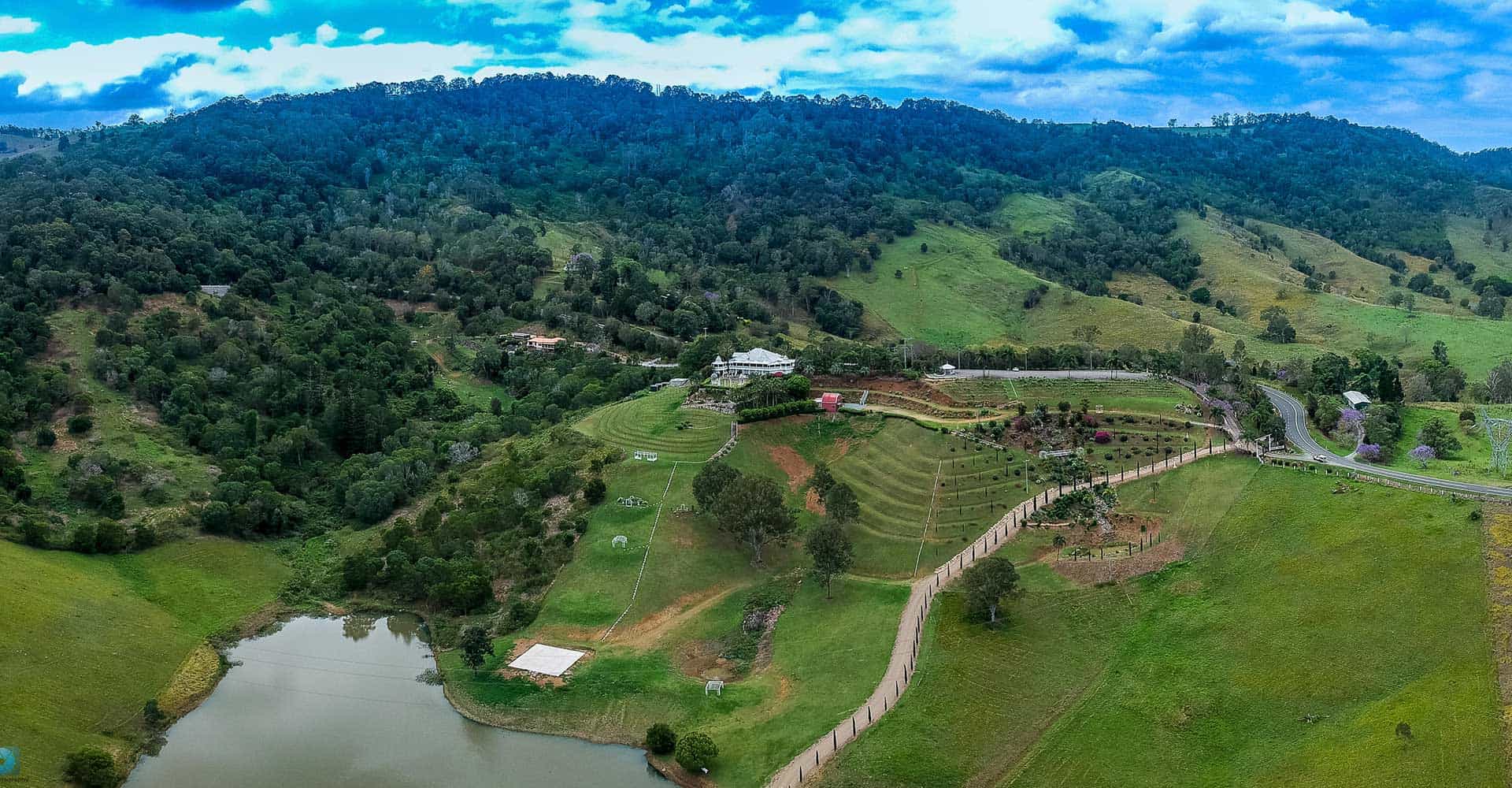 Glengariff Estate’ has been in our family since the 1870’s. It is one of the oldest family estates in Queensland. Previously established as a dairy farm for over 100 years, it evolved into a vineyard and winery in 1999, and evolved once more into the award winning function venue it is today hosting events and weddings from all over the world.”

Glengariff Historic Estate is still owned and operated by Channing and Bryce
Wrightson who are twins and now the 6th generation in the one family for 143 years to own, live and work on the family property (230 acres) since 1876.

One of the most colourful family members of Glengariff in this family dynasty was the first generation and matriarch Mrs Honorah Doyle. This remarkable lady was one of the oldest people in the Shire who died at 114 years. Mrs Doyle was originally born in County Cork, Ireland. She was a very strong minded Irish Catholic woman who married Mr Doyle at the age of 36 but it was her second husband, Mr Mullins, who accompanied her to Australia on the ship “Ramsay” in 1875. They settled in Oxley and then moved up to King’s Scrub in the Dayboro Valley where they established the family dairy farm in 1876.

At over 95 years of age she was still milking a herd of 40 cows by hand. At 111 years of age she still took her morning walk with one of her sons, Dennis Doyle. An interesting note in the Courier Mail reported, “At 111 years Honorah had lived through the reign of six English monarchs: George III, George IV, William IV, Queen Victoria, Edward VII and George V.” In 1926 Archbishop Duhig visited her for her 114th birthday and during his visit he was charmed by the beauty of the area and said that Brisbane was lucky to have such a fertile neighbouring area. According to the
newspaper report the worst Honorah could complain about at 114 years of age was rheumatism in her fingers from milking.

At this time the timber industry was flourishing and the butter factory was producing around 50 tons of butter. Archbishop Duhig while visiting Mrs Mullins was not to know at the time this was to be her last birthday. Reported in her obituary later that year in the Courier Mail newspaper, “Mrs Mullins died on the 1st May 1926, 1 day off her 115th birthday. At this time she had 4 sons and 18 grandchildren.”

Bryce & Channing are the great, great, great grandchildren of this pioneering family dynasty who now manage the whole estate.

What our guests say about Glengariff